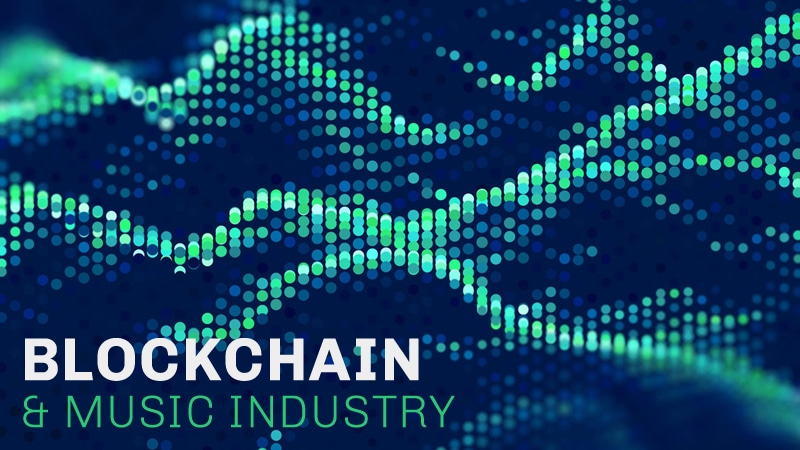 As an average consumer, you may have dismissed ‘blockchain’ as some kind of futuristic jargon that will only impact those operating in the financial sector, but sit up, because pretty soon we might see it upend the very way the music industry operates, too.

You heard me. Music artists and content curators haven’t been happy for a long time. Since the first soundtrack ever was digitally streamed via Napster on June 1, 1999, in fact. Since this defining moment – the moment when music began to transition from CD to digital – consistently plunging artist revenues, piracy issues, delay in artist royalties being received and arguments over dividend distribution have plagued the music industry. Spotify being sued for $150 million by a bunch of artists in 2015 for reproducing and distributing their music without permission was probably when things really started to hit rock bottom, and things haven’t really picked up since.

But let’s go back a step, because understanding blockchain is crucial to appreciating how it might revolutionize the music industry.

In the simplest terms, blockchain allows information to be stored across a system of many decentralised computers so that the information is not owned or controlled by any one person. That information comes stamped with a growing list of records called ‘blocks’ which have timestamps on them and link to previous blocks, and users are only able to edit the blocks within the chain they own. In other words, no one can remove that information and corrupt it. However anyone who wishes to is able to use the system – which is protected from corruption by cryptography – and manage that information. By design, blockchain is resistant to modification from the wrong people.

This kind of technology will no doubt have far-reaching implications, from the way we bank, to the way we track criminals, crowdfund and ride-share. But for the purposes of this article let’s talk about how it might be able to provide the solution that artists and content creators have been seeking since streaming music digitally became a thing, through enabling better transparency over credit rights, new monetization models for artists and through removing all intermediaries in the music business.

Let’s start with that last one. The bane of every musician’s life is the struggle to attract a label to represent them and if the industry adopted a blockchain-focused distribution model, working with a label would no longer be necessary. Music technology and digital marketing could replace the need to secure brand partnerships and royalties, meaning artists could become entrepreneurs and could handle the distribution of revenues themselves – something an artist’s record label is traditionally responsible for.

Perhaps the most significant impact blockchain would have on the music industry is the monetization model it could offer. By nature, blockchain promotes digital payment for artists whose songs are played or streamed through cryptocurrencies and smart contracts (more on that later). According to research studies, an independent artist would need to have a music track digitally streamed 180,000 times, on average, to make the monthly minimum wage in America. It is also takes an incredibly long time for an artist’s royalties or payment to trickle in – in some instances it can take  two to three years for payment to be received. And when it does arrive, it can be as little as twenty percent of the total amount earned, after management and distribution houses have taken their cut. That just doesn’t seem fair, does it?

Streaming has hurt music artists, labels and content curators since it began superseding CDs, but blockchain could provide fairer and more immediate revenue models. With the ability to link cryptocurrency to a specific song or album, artists could constantly accrue money from the streaming of those songs and receive the payment immediately. Artists could also attach ‘smart contracts’ to their songs, meaning that fans who share those songs could also receive a percentage of the revenue generated when their friends stream or download those songs. A ‘referral program’, you could call it. Expanding one’s fan base while raising revenue will never have been so easy, with the viral power of the internet on artists’ sides. And all powered by blockchain.

Lastly, blockchain could enable better transparency over who owns the copyrights of a digital song. Rights management is another problem that has plagued the industry since music went digital, but through a blockchain model, royalty and rights management could be more efficient and precise than ever, distributing revenue fairly between composers, singers, managers and producers within seconds of each stream. Furthermore, artists and labels will be better placed to understand the bigger picture in terms of the success or popularity of a song or soundtrack. In the current context, it’s tough to understand overall insights of a song or album if an artist has their music being streamed from multiple channels and streaming websites, but with blockchain the information is specific and conclusive.

Here’s to blockchain disrupting the music industry – in the very best way possible.